The exhibition opens up on July 7th and continues, at least, until the turn of the year. Visitors will experience a number of different P1800s, both privately and company owned, through the years.
How about the very first P1800 prototype as well as Sir Roger Moores private P1800 which he owned up until his passing. Beyond the actual cars, visitors can also see historical photos, early sketches, bric-a-bracs and exciting and interesting anecdotes about every car.

A collectible and celebrity

The P1800 is a true legend. We are proud to celebrate its 60th anniversary with a special exhibition about this fantastic car. Among the enthusiasts it is debated if the P1800 Coupé or the 1800ES is the most beautiful. We leave it up to you to decide for yourself. This Volvo model became very famous as a result of its role in the films about “The Saint” in which the hero Simon Templar (Roger Moore) drove the car.

It was in early 1959 when Volvo presented a new sports car. This was exactly two years after the previous attempt with the Volvo Sport, with a body made of fibreglass-reinforced polyester. As Volvo did not have the capacity to build the car itself, production during the first years was contracted to England. A company called Pressed Steel made the bodies, while final assembly took place at Jensen Motors. Assembly of the P-1800 was then transferred to Gothenburg and Lundbyverken in 1963. This was made possible since the production capacity was heavily improved by the new Torslandaverken which was inaugurated in 1964. In connection with this, a S was added to show that it was built in Sweden. Also the body production was transferred to Sweden and Olofströmsverken in 1969 in connection with that the 1800E was launched. 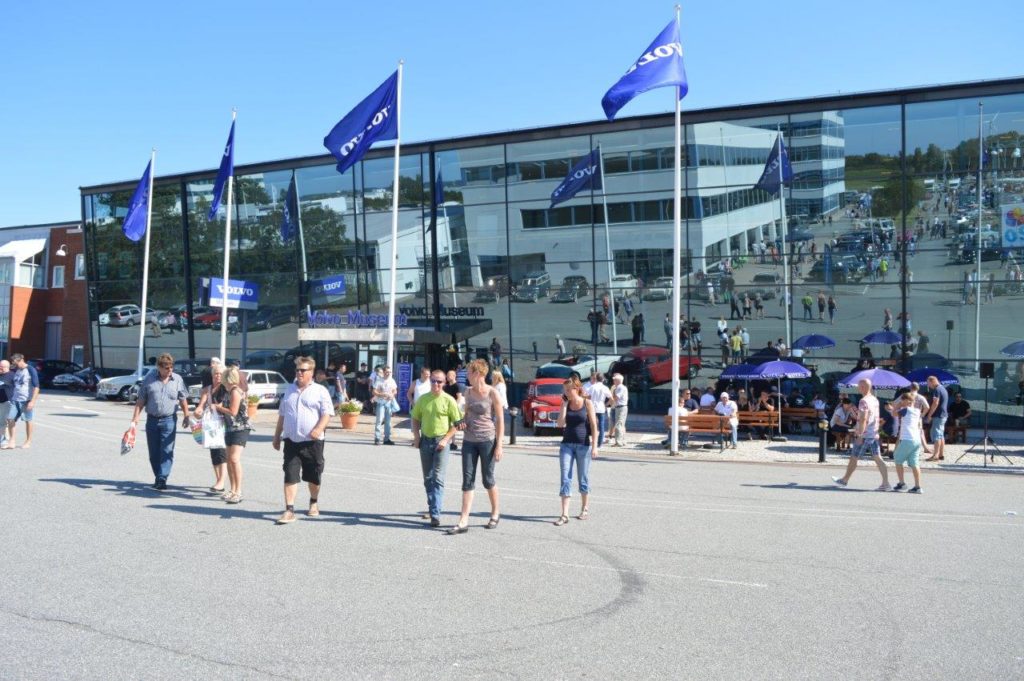